Case Study On 24 hours fitness: How they drive more than three lakh referrals

See how these efforts were able to drive more than 300,000 referrals while integrating social media with the already existing in-store system.

With 400 locations throughout the country in 18 states serving 4 million members, 24 Hour Fitness is one of the largest fitness companies in the United States.

Getting that number while succeeding in holding all clubs combined in the mantra of serving members work in their individual fitness goals is a never-ending challenge, according to Joe Beruta, Head of Marketing and Communication.

For this campaign, the team noticed an opportunity in the social space to take on the power of social media “and the audiences and eyeballs that are on those platforms to refer,” Beruta said, adding that receiving a trial offer to try a 24 Hour Fitness location from a friend or family member is very powerful.

For several years, the company moved a brick-and-mortar referral program with “relatively high-cost implications,” he said.

The marketing features cost far more than it would with social media.

He added that the advantage of social media platforms is that it “really changes the business model and the marketing model from an expense and cost perspective.”

The social media referral campaign was implemented in March 2013. The team’s most significant hurdle was weaving it into the then-current referral process done at the physical locations.

The marketing team designed a landing page and retrained staff to enable members to and quickly share a three-day pass to their friends and family.

Step #1. Integrate the new program into the current system

“As an individual, you can log in to Facebook, share our three-day trial pass across all your friends and family that you’re connected to on Facebook. So, one share has an exponential impact on how it gets populated out there and put in front of people from a very reliable source,” he said.

To reach that same level of outreach through the brick-and-mortar program, Beruta added, “I would have to spend millions of dollars in display advertising to get the same level of direct contact.”

The beginning of this campaign consisted of the company’s current data and ways to improve it. The first step was to develop social sharing into the 24 Hour Fitness website, where members could share a free trial pass through social media platforms, like Facebook, or email the sharing landing page.

As Beruta and his team started seeing the program’s positive performance, they began to fold in social login, which provides members as well as prospects to use their social credentials to log in. From there, they could interact on the website or purchase funnel, and data was collected.

“For us, that just helps from a convenience perspective and continuity for our consumer base to use another social component for their everyday use on our website,” he said.

Step #2. Promote via the email channel

Part of the way the referral program has marketed through 24 Hour Fitness’ email programs to existing members. The plans had uniquely created an email sent with the subject line, “Take your friends to the gym this summer.”

Inside of the email started with a headline that stated, “Fit for all your friends. Send them a free pass” and continued with a personally addressed note:

It’s beach season and time to get swimsuits ready. So grab a friend and hit the gym together. It’s a fun and motivating way to make your workouts more effective. Share a FREE pass for your social networks today.

The member will be taken to the landing page, where they swelled out their name, email address, and phone number, at which point they could “Share a free pass by email” or share a free pass using their social networks.

“That is the comfort of use and the power of it. We have over one-third of our member base with opted-in email addresses that help us as we go forward and try to get the word out there that we have this opportunity,” Beruta said.

After a prospect taps through on the referral, they are dropped into “what we call our Web pass channel, and you fill out your data. You select your nearest location or the particular club you want to attend,” Beruta said.

Right on the spot, the prospect could print out the pass and head over to a 24 Hour Fitness to begin the free trial.

The most significant focus in this manner outside of setting up the platform, according to Beruta, was guiding the club staff across all of the national locations to explain the process and integrate referrals into the new member onboarding program.

“Right away, people are mostly engaged on social platforms — right away, they understood what it was and saw its power. So, it was an easy conversation and training opportunity,” he said.

All of the 400 locations for 24 Hour Fitness feature booths as part of the new member signup process. The team leveraged as an already-existing component, and members can access the referral sharing from it.

“As new members come in, we’re asking them if they’d like to refer friends and family because we understand success is higher with a workout buddy,” he said.

Being able to add the referral social sharing in the kiosks was a critical aspect. Beruta explained it empowered club owners to “really drive their business at a local level.”

A prominent feature was that 24 Hour Fitness was able to offer social sharing of the referral program everywhere it interacts with customers to maximize the impact.

“Not only as a prospect coming into our location could you go on to that particular kiosk to do a share, but then if you wanted to do that in the comfort of your home, you could do that via our traditional website,” he said.

In March of 2013, when the team launched its effort, most of the social shares of referrals were coming in through Facebook and Twitter.

“So, as you can imagine, our digital marketing and social media team began looking at social activation and social acquisition opportunities on Pinterest through sponsored pins and other things that we could potentially leverage there,” Beruta said.

That information, and keeping an eye on the growth of specific social media platforms, helped the team test out where they should be from a social media perspective and strategy.

“We have seen moving in terms of the shares and what social providers they’re doing it on. So, at one point, when we first began, obviously Facebook was the 800-pound gorilla with shared volume,” Beruta said, “but over time, Twitter picked up, as did Pinterest.”

He said Pinterest has spiked within the 24 Hour Fitness audience with health and wellness, becoming a more extensive content section.

“Where those audiences are, we’re going to try and be. The beauty of this is it also gives us a window into where we should potentially look for display advertising or sponsored links, or in the case of Pinterest, sponsored pins,” he stated.

The marketing team accessed the social sharing data that enabled Beruta and his team to rank the most prominent brand advocates who were sharing the referral.

They took the top 5% of that sharing and decided to reward them as brand loyalists. 24 Hour Fitness wanted to send them “a surprise and delight to reward and recognize them for how active they are on social in terms of their shares, referrals, and just talking about us in a variety of ways.”

Since the top 5% are specific members, their local gym rewarded them with a tailored package, including a branded workout bag, T-shirt, water bottle, blanket, and thank-you letter.

For the marketing team, there are a few takeaways from this effort, Beruta said.

“One is the expanded audience that we had access to that we hadn’t in the past. Second, to that, we’re always looking to be efficient with our marketing costs, and this helped us in that regard,” he said.

Some of the results of this social sharing campaign has driven are:

“From a conversion perspective, out of those 8,400, we’ve gotten a conversion that gives us over $600,000 in lifetime value revenue,” Beruta said.

The team is continually trying to build a better profile of its customers, adding, and speaking with them with the right offer through the right communication channels.

“We’re always continuing to optimize, and the example of Pinterest showing up on our radar nine months after implementation is the type of learnings that we take and try to leverage and use,” Beruta concluded. 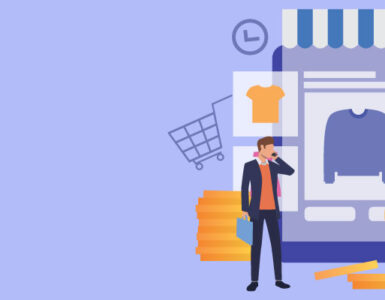 Case Study on Lyle & Scott: How they managed 48% Rise in Revenue Per Visitor

Lyle & Scott has developed a reputation globally for unique, beautifully designed, high-quality knitwear, combined with the brand’s reliable authority and presence in the golfing sector. The company is obliged... 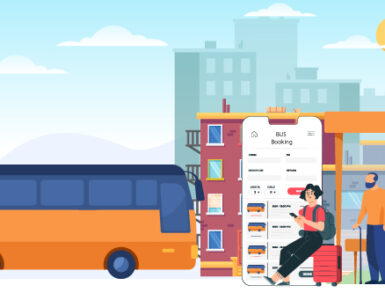 Case study on Shuttl: How a startup raised its users through Referrals.

About the company Shuttle is one of the biggest of India’s bus-aggregating platforms. It was founded by two IIT graduates- Deepanshu Malviya and Amit Singh. The company has about 450 AC buses plying on the roads of... 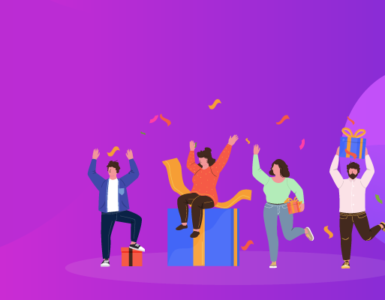 Referral programs are one of the best marketing tools. Therefore, every business is trying to leverage it. If you also wish to take the benefit of it, read this article till the end to learn from these referral program...