Be A Pioneer In The Viral Loop Marketing. Here’s What You’ll Need.

Before, when we were not aware of the widespread network of social media. We were afraid of things that go viral because we used to believe that virality was not meant to be a good thing. But things have been changed today.

Now, people want to make their posts, pictures, and videos to get viral. The reason behind it was the change of perception of people for the word “viral.”  Today, “viral” has been linked with almost every marketing goal for generating an internal growth engine for businesses.

Whenever we hear the word viral, our mind thinks of something that has been shared by a lot of people. It can be anything, be it a picture or video that made a massive network between millions of people.  In the business world, viral and referral make a combination of a marketing tool that is known as viral loop marketing.

Today, every business aspires to become viral in marketing. But getting viral is not a one day show; it requires planning, efforts, commitment, and a lot more.

In this article, we will learn about the viral loop and the best ways to build it. Even we will see how Airbnb, Uber, and Dropbox used it and establish their name.

What is a Viral loop?

A viral loop is a tool that continuously drives referrals for further growth. It is a tool through which you drive your existing customers to refer your brand to others, and in return, you get new potential customers, who also add new people by telling them about you.

It creates a long-lasting chain and leads to the exponential growth of the business—every referral program has the goal of generating viral loops and often experience the same benefits when appropriately performed.

The two major benefits of building viral loops are that they are cost-effective and trustworthy.

Word of mouth is a free source of advertising; it means when your customers share or refer your product to their friends and family. When this word of mouth is positive, it produces a tremendous result. It leads to a long chain that multiplies the number of customers every time and that too, without spending a penny, apart from the initial investment.

According to  Nielsen, more than 90% of people trust the recommendations of their known more than any other source of promotion. Viral loops focus on optimizing this process to make sharing as smooth and open as possible. it is imperative to convert your loyal customers into advocates.

The type of viral loop we are focussing on in this article is to gain referrals for your business, where customers individually refer friends to your business.

While viral marketing is less predictable, anyone can design a viral loop if they follow the right approach.

All viral loops have the same structure, but you need to decide which kind of viral loop you want to build – necessarily, how you will motivate users to refer. Here are some examples:

Savings: A money-saving offer can drive the referrer. You can offer them

a discount or free product. A good discount can encourage them to refer you.

Friendship/assistance: Sometimes, people refer to others because of their friendships or relations. And people do it for others’ happiness.

Charity: The referrer feels encouraged to share because the brand commits to contribute to a charity for every referral they make.

When building your viral loop marketing program, it is significant to ensure that you have a well-planned funnel and referral framework in place before you start operating and optimizing your campaign. A few things you should keep in mind are

If you’re not sure how to start or which KPIs are to analyze in your experimentation, I advise you to take a glance at your pirate metrics. Pirate metrics are an excellent way to classify your KPIs depending on which aspect of the customer lifecycle you want to measure and then divide them into five categories – activation, acquisition, retention, revenue, and referral.

How to analyze your viral loop marketing

There are various elements to consider while analyzing your viral loop.

Let’s check a few viral loops marketing programs and why they have been considered effective.

Dropbox is a cloud-based data sharing service and, by far, the best referral program of all time. There is a reason behind this: the referral program they have launched got viral and generated around 30 crore, new customers, that too in the initial stage( first 30 days). Now, you must be wondering what made the Dropbox program so effective.

When Dropbox launched it, it was one of those companies that have approached its advocates in a way that it was easy for them to share with their Gmail contacts- that makes it more accessible.

Dropbox used both side reward programs – in which whenever you share the link with a friend, and they get registered, then both received 500MB of free storage space. It was a pleasing experience for all parties involved. Moreover, to enhance their chances of maximizing each advocate’s reach, the company formed a points system where users could earn up to 1GB of free space.

Uber was launched in 2009; a lot of people loved the idea of getting a car whenever they wanted to go anywhere. Now, after eleven years, Uber is a household name and accessible in over 65 countries. While Uber’s real victory was caused by revolutionizing the traditional taxi industry, the way it built the trust and converted everyone through referral programs in which they got discounts and free rides.

Because Uber works as a middleman between efficient drivers and daily riders. Uber has launched a referral program for riders. In which whenever a new user signs up for Uber. He receives a free credit to experience their first ride. After the first ride gets completed, they receive a notification to share Uber with friends using a personalized link. When a referral signs up using your link, you and your friend will each enjoy free credit for the next ride.

Airbnb is a touring platform that connects owners who want to utilize their space for travellers looking for a place to stay. Airbnb had changed the idea of hospitality. And for doing, it buckled down on building a community through trust and goodwill. Focusing on this basis of trust, they began their process of creating a referral viral loop.

Airbnb’s launched both sided reward incentives, but that didn’t work. But they reviewed the hard data, and marketers found that the referral program had created a positive impact, and its benefits could be generated more effectively.

Airbnb tried A/B tested methods for different call-to-actions (CTAs) to see if people responded differently to receiving $25 themselves or giving $25 to a friend. After testing, the company found that the “offering” message was more productive, and was able to carry that data forward.

During the referral program design process, Airbnb kept the locus on hard data, collecting it at every step of the viral loop and using it to make informed decisions.

Airbnb would measure the effectiveness of its campaigns through such KPIs as:

Finally, Airbnb, through repeated testing, sharply increased the number of guests staying at its premises, from 21,000 in 2009 to over 500 million today.

In this article, we have seen the fundamentals of viral loops marketing, and now, it’s time to design a viral loop for your business and drive referrals. Plan your program and analysis every step, check which types of incentives you can offer and which channel will lead your referral program to success. 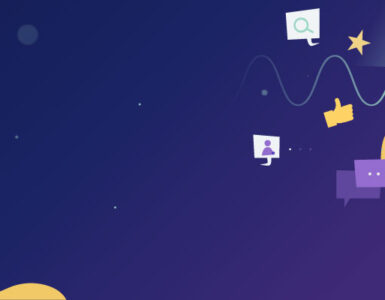 In this competitive era, it has become important to prepare yourself for trends not only this showcasing yourself as a leader is also important. There is a number of brand buzzwords that are in trend: brand loyalty... 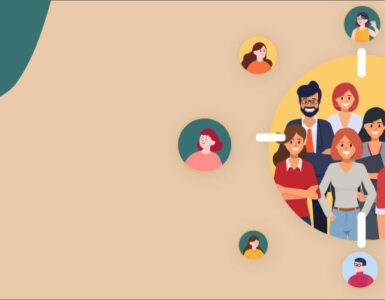 Marketing is all about interacting with people and understanding who you are speaking to. The message you convey through marketing strategy will be compelling only if it reaches the right audience. Otherwise, What sense... 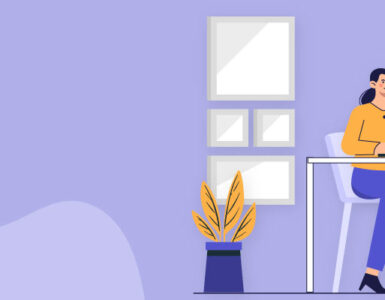 Regarding the ever-growing demand for new professions focused around the web, it becomes easier to lose track of them all. But, with the increasing popularity of social media networks, one job, in particular, has...

A Definitive Guide on the Sales process.

Why Implementing Internet Marketing Is A Good Idea?

A Definite Guide on Pricing Strategy

A Definitive Guide on the Sales process.

Why Implementing Internet Marketing Is A Good Idea?

A Definite Guide on Pricing Strategy